A Summer of East Coast Travel Part I (May and June)

Our Amazing Cross-Country Road Trip, Out & About, Travelling

I have just spent my second summer in Tennessee, this one travelling up and down and through the East Coast. Last year, I resolved to stay put in order to become acquainted with my new place. This year, almost as soon as our daughter graduated middle school, we took to the road.

Our first stop was to a college reunion. I had never gone to any of my previous college reunions, because there it was out in Massachusetts, and I was perfectly happy being far, far away. Now I don’t have that excuse and when a college classmate ended up in Tennessee as well, I didn’t have an excuse at all. So on the 21st of May, we started a long, dawdling trip up north.

But first, the night before, a house in my neighborhood caught on fire, and Peter and I worked late putting it out (with a lot of help from other firefighters.) 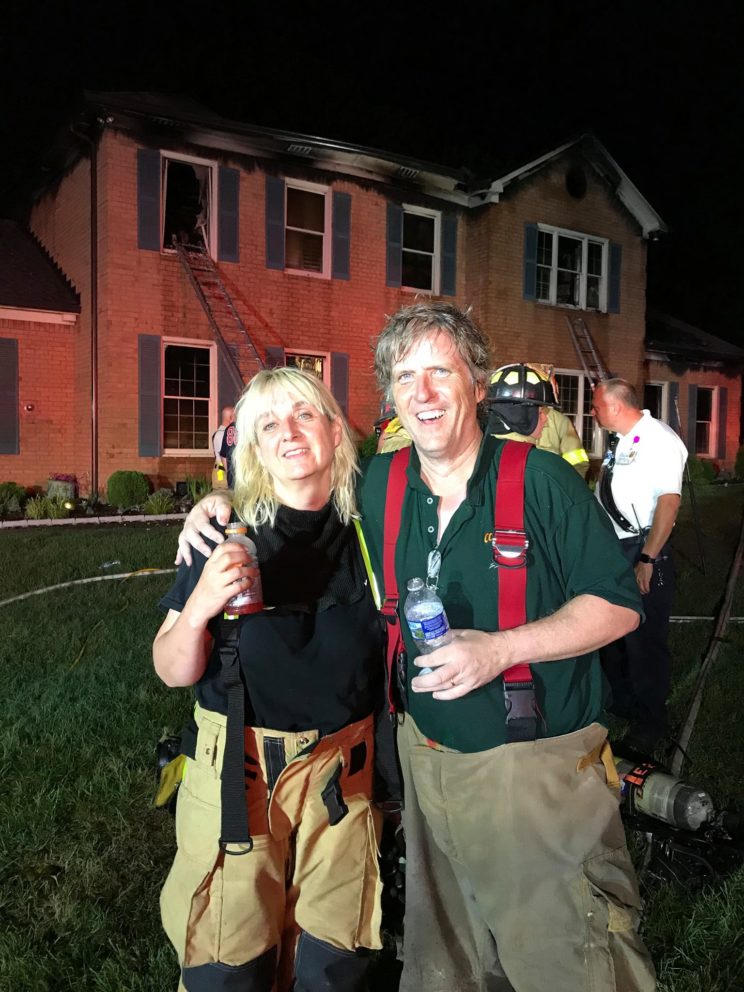 We didn’t head out until the very late morning the next day, and our roundabout tour had us visiting Carl, part of our ComicBase crew for years, near Richmond, Virginia. Carl left California shortly before we did. Now he a Batman-themed bathroom, and we helped him organize his comic boxes. Because that’s what geeks do for one another.

Our next stop was a Paul and Mary’s place in Gettysburg, where I had time to finish writing an article. We also had time to check out nearby Hershey, Pennsylvania. Originally, we just planned to see the arboretum, but then we discovered Hershey World. It was a chocolate-riffic experience. We toured the chocolate factory, watched a really dorky 4D movie with Hershey candy characters, did a chocolate tasting, made our own chocolate bars, and toured Hershey with its Kisses-shaped lampposts and Hershey funded boarding school.

On Friday, we took the long trip to Massachusetts, which had us crossing the legendary Tappenzee River, which I had never seen before. By dinner time, we showed up at my class’ reunion dorm, which had also been my freshman year dorm. I was surprised how small it was, compared to my memory. My fellow classmates quickly made me feel welcome with gifts, games, and drinks. I had only three goals for the Mount Holyoke College reunion, and one of them was walking around Upper Lake, which I’d gone around and around working out stress back in my days. The others were to march in the reunion parade, which has all the alumnae from participating classes dressed in white, marching from the founder’s grave and then through and past each of the classes which fold out along the sides of the path. And last, I wanted to dance with my classmates, and that I did. I feared going back, but it turns out all my fellow alumnae are nerds just like me. After dinner and before dancing, I crashed the reunion for the class of ’73 and joined two of them in their photo booth: 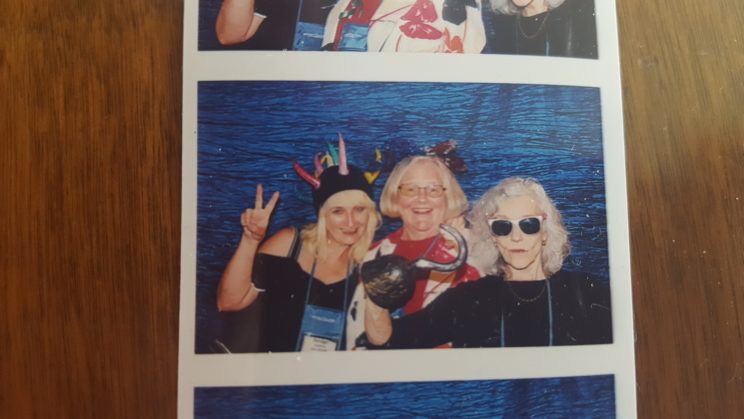 We returned to Gettysburg and celebrated my mother-in-law’s birthday. We had planned to end the trip with a day in Virginia Beach, but the day was predicted to be full of thunderstorms, so we just went back to Franklin.

Three weeks later, in mid June, we went to visit my brother and his wife, Suzie, who live near the Emerald Coast. He had told me the “Panhandle Opry” near him put on a show every two weeks, and that it was worth seeing. We also wanted to have a moment together to memorialize our cousin Betty, who died earlier this year.

He couldn’t go out to the beach with us because he had just had some outpatient surgery, but Peter and I did and we finally went out on jetskis. Little did I know that Russ and Suzie used to be avid jetskiers, and predicated we’d soon be hooked. Previously, Suzie has always treated us to a feast, but this time I brought my chicken piccatta and prepared it for them.

Russ and Suzie were able to make it to the Panhandle Opry, which was as a folksy Americana show as I could ever imagine, complete with a random dog interrupting an act. Almost every member of our family won a prize — I got jetski gloves!

On our way back that Sunday, on Father’s Day, we stopped in at NASA Huntsville and saw Rocket City.

It was already forming up to be a hot summer, but I didn’t expect it to be hot everywhere.

Neil had gotten an internship at Raven Software near Madison, Wisconsin. Peter and I had married in Madison, and we had tried during the dot-com years to sell our California house and move there. Obviously, that never worked out and we stayed put in San Jose for another 15 years after that. So when we went to see Madison in this new context, we were amazed how much it had changed. And how hot it was. When we arrived on the last weekend in June, temperatures were pushing 100 degrees as we sat on the Memorial Union steps and drank university beer.

Neil was still finishing a project, so we were on our own for some of it. Many of our touchstones were gone. Ella’s Deli is no longer. The general purpose room where we had our reception expanded and became an Italian restaurant. The little public swimming pool in Monona is now a water park. We embraced a family tradition in seeing a Shakespeare play (“The Taming of the Shrew”) outdoors — it was a minimalist performance without costumes, and in the end, the actors had to bring us all into the building and perform the end of the play in the round because thunderstorms made being outside unsafe.

We saw the campus art museum, which is now in two buildings, and had a great selection of Midwestern artists. Kelly discovered the joy of being a cheddar head: 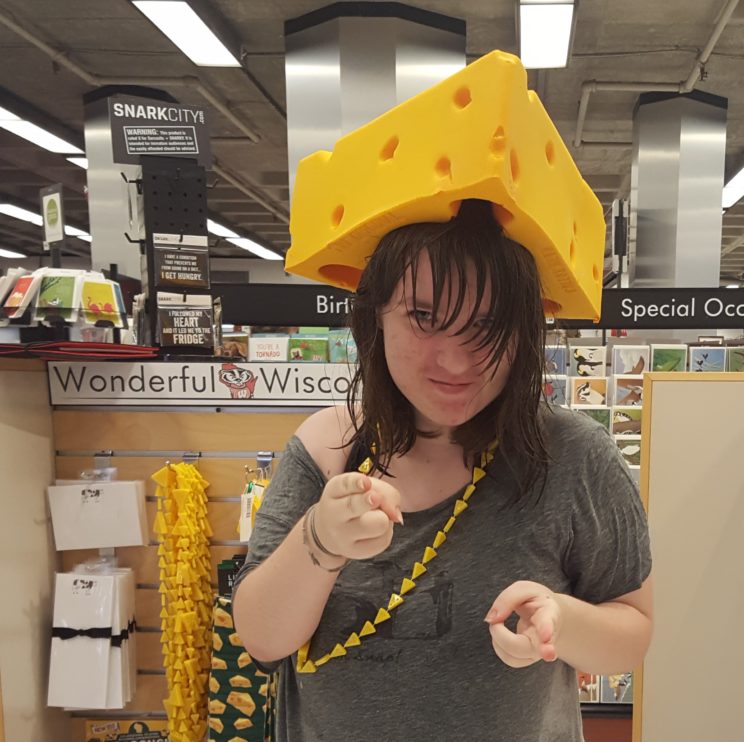 Too soon, we had to leave and go back to our own work. But we had more trips and adventures ahead for July and August.